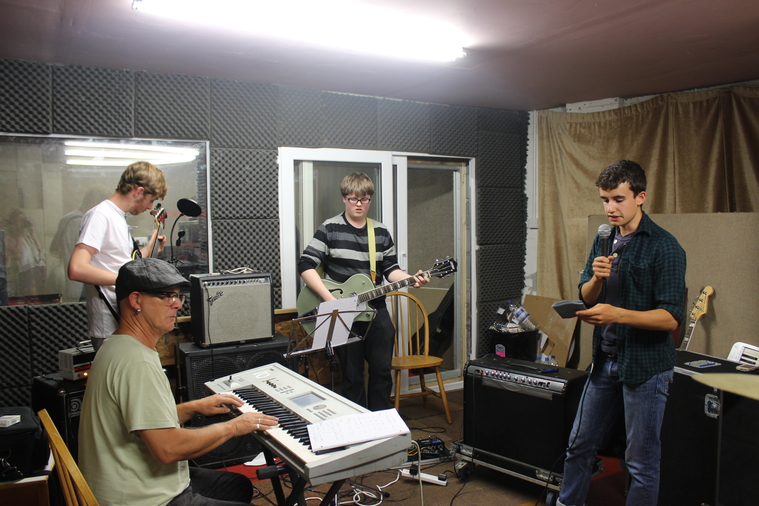 Music is a powerful tool, it is relatable, cultural, cutting edge and real, while at the same time being wholly magical and emotionally liberating. It is a language that breaks through social division and reaches into people’s homes, cars, ears and hearts.

My Tunes is a long running project from Take Art and Actiontrack that utilises the levelling power of music by taking it into challenging places; working with some of the most isolated and disadvantaged young people in the county, in the belief that music will have a positive impact on their lives and futures.

How My Tunes helped Billy

My Tunes gave Billy the opportunity to write and perform music, find his way around a studio and learn how to play the keyboard and drums. It also helped him personally with his confidence and ability to make friends, and steered him towards further education and a career in the Performing Arts.

Billy’s story is one example of how access to the arts and creativity can transform lives, particularly those of young people.

The My Tunes project is funded by Youth Music and began in 2012. Since that time it has helped around 300 vulnerable young people, many attending PRUs, to find confidence and a positive outlet through music.

Starting in autumn 2012, My Tunes has been delivered in three separately funded phases over five years. It launched with a series of taster sessions where music practitioners went into PRUs to get to know the participants and demonstrate how the My Tunes project might be relevant to the worlds they inhabit.

The taster sessions were followed with a more in-depth programme of group and individual music making workshops for participants that include music production and recording, as well as writing and performing music.

My Tunes is a process led project, with all the attention of the work being on personal development and confidence building of participants, rather than a final showcase.

"I have not seen him be that committed to any other project, the work in these sessions has helped nurture and develop learning in other subjects besides music"

A PRU teacher in regards to a student

Between May 2014 and 2016 Take Art and Actiontrack Performance Company worked with the four area schools in Taunton Deane, Sedgemoor, South Somerset and Mendip to make music with 75 young people who have been excluded from mainstream education. The young people worked on a variety of music styles including, rap, rock, beatbox, grime, dubstep and soul, as well as visiting the Actiontrack recording studio in Taunton.

This phase of My Tunes was expanded to include the Targeted Youth Support team who work with vulnerable 15 to 19 year olds. As part of this we worked and continue to work with the Somerset Music Education Hub – Sound Foundation Somerset.

The latest phase of My Tunes started in 2016 and will run until March 2018, offering regular music sessions, led by Actiontrack Performance Company, to at least 50 young people.

As part of phase 3 My Tunes is hosting a national summit on the 24 November 2018, organised through Take Art. Pupil Referral Units across England were invited to Somerset to meet each other, share ideas and good practice.

My Tunes has been funded largely by Youth Music, with further contributions from the Taunton Maid Bursary Trust, as well as from the Pupil Referral Schools in Taunton Deane, South Somerset and Sedgemoor.

My Tunes is a partnership between Take Art and Actiontrack, who deliver the workshops and work directly with the young people.