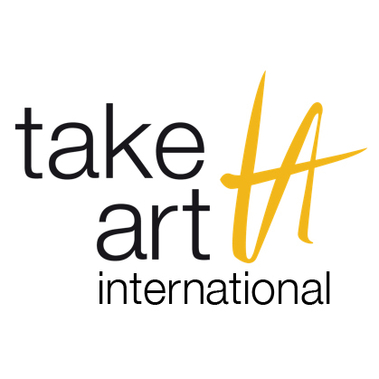 In case you didn’t know, Take Art is a unique, life-changing organisation that doesn’t live in a venue, or studio or a whacking great theatre but most often and originally in the villages, towns and rural communities of Somerset.

After 32 years in the business of taking art out to where the people need it, Take Art finds itself in an extraordinary position, arms out across the water to our European cousins, with three decades of rural arts experience to offer a world increasingly hungry for new ways of presenting authentic arts experience to their far-flung communities.

A new focus on Europe and the wider world, might seem a little counter-intuitive in the midst of all the glum, introspective navel-gazing associated with Brexit. Take Art’s belief in the rural touring model and the intrinsic social value of rural arts, however, has energised us to not only create greater opportunities for European creative collaboration but also to initiate a rural touring network across Europe. 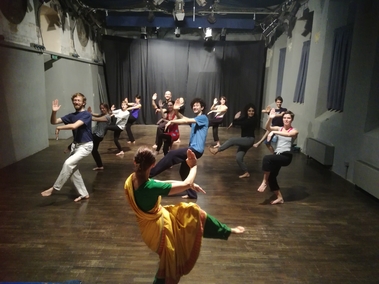 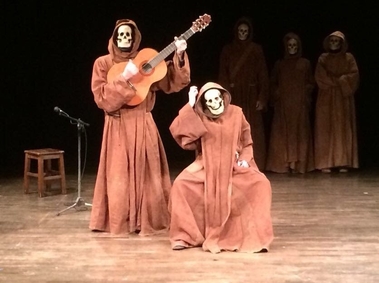 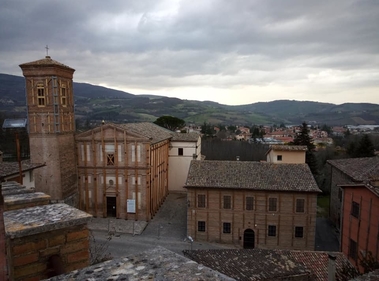 Why step outside the UK?

A successful Interreg funded dance project with French partners during  2013-2014 gave Take Art a taste for European collaboration. With an increasingly challenging funding environment in the UK, Take Art seized the opportunity to expand our remit into Europe. This necessitated an investment of time to both look for EU partner organisations and to embrace the complex application portal to access EU funds.

In addition the UK’s long history of rural arts and the uniqueness of its rural community led programming has often not been fully appreciated by UK based policymakers and funders. The resulting vacuum has led Take Art to explore other ways of influencing policy, albeit at a European level. We know the rural touring model works and wanted to see how easy it is to utilise the model in other countries. Take Art established one of the very first rural touring agencies in the UK back in 1987 and has seen it develop, grow, contract and survive over the last 30 years. Our belief and commitment to it has never faltered and we continue to be a rural touring advocate. 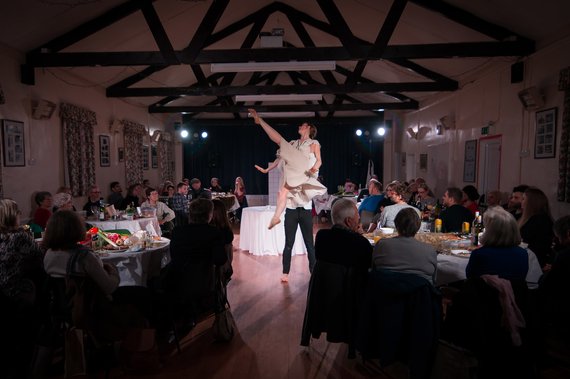 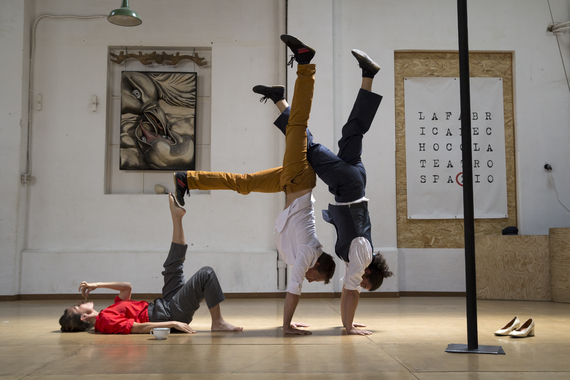 Along with the obvious benefit to the community, rural touring is also a powerful way for fantastic artists to create profound experiences within a community context.

“The heart of the reason why it’s different from a town centre art centre is because the audience know each other. That contributes to the other thing that is distinctive, is that rural touring events become part of a shared memory, part of what builds community. So, for both of those reasons, I think that it is a very distinctive kind of artistic experience.” Francois Matarasso, March 2019

Here's the video summary of Spanish circus company D'Click, depicting their passage through the South of England with their circus theatre show Isla, which they presented in village halls, churches and community settings, along with accompanying workshops. The film gives a really great glimpse into life on tour and the realities, challenges and joy of bringing an international show onto the UK rural touring scheme.

Take Art and Carn to Cove in Cornwall made the tour possible by supporting D'Click's tour, getting them bookings and providing them with their set and equipment.

"It has been a beautiful experience. Thank you very much to all the people who with their effort have made it possible...!" D'Click

Real Outcomes in the UK and Europe

The benefits of Take Art international are immense.  No country can be defined by its major cities alone and the sense of sharing common rural values and rural concerns is immediate and gives impetus to our work.

Typically, the political agenda at European as well as national level is driven by a metropolitan bias and if a rural voice is to be heard, its best achieved through collaboration and unity.

Despite the initial travel required between partners, there is also a long-term environmental benefit to developing the rural arts infrastructure, as touring is inherently greener than venue-based work. Large venues consume vast amounts of energy and have greater carbon footprints. Small scale touring – where one van is on the road for a small cast - also has a low carbon footprint in comparison. Rural touring audiences also travel far shorter distances and typically walk to the venue, or travel under 10 miles by car.

As a parting thought, entry into a European cultural world is akin to entering into its bloodstream opening up a new set of opportunities.  For example, Take Art was ‘discovered’ by RURITAGE through SPARSE, providing a platform for us to start discussions with the 38 partners about other potential pan European projects.

As we all know, opportunity leads to opportunity and as a result, Take Art finds itself on the cusp of an exciting international future.

For more information about our international work please contact info@takeart.org or email ralph@takeart.org