Creative Europe is the European Commission’s framework programme supporting the culture and audio-visual sectors. It aims to safeguard, develop and promote European cultural and linguistic diversity and to promote Europe’s cultural heritage, as well as to strengthen the competitiveness of the sector.

Through its funding, more than 3 760 organisations have worked together through 647 cooperation projects, giving rise to many co-creations and co-productions, and bringing European creativity and talents to a wider audience. 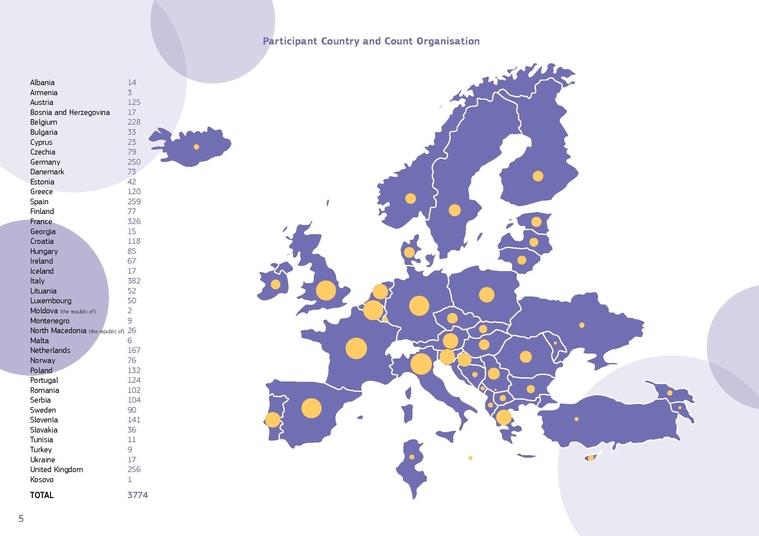 Over 75 examples of European Cooperation projects financed under the Creative Europe Programme 2014-2020 are included in this publication, and Take Art is proud to be one of them. 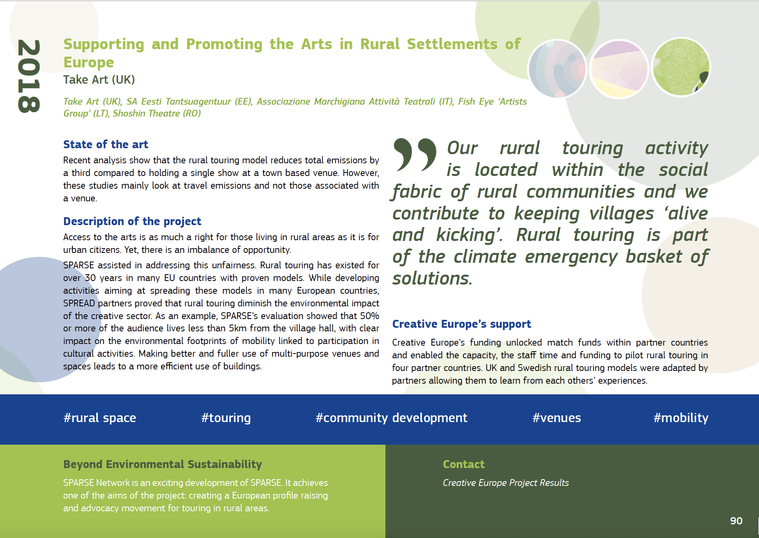 The European cooperation projects funded by Creative Europe – Culture, can be promoters of key pillars for the European Union. What they have achieved is a true example of how culture has the power, through international cooperation projects, to bring to the fore three topics, environmental sustainability, gender equality and digitalisation, whose acknowledgment and application is of indefinite value for the good function of society and its development towards the future.

The programme was able not only to meet the main targets it set out to achieve, but also to address new objectives, including the promotion of efforts and best practices that can contribute to the achievement of key European Commission priorities.

This article is an excerpt published by the European Education and Culture Executive Agency. Full report can be found here.